Network Rail is leading early development work for an east-west railway as part of its long term planning process to identify future investment options. It has identified two potential corridors for the proposed ‘Central Section’ of East West Rail to link Bedford and Cambridge, via Hitchin or Sandy, for further consideration. 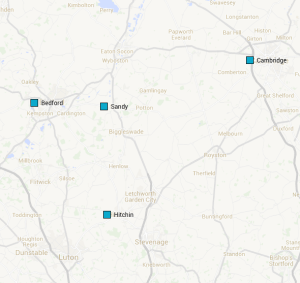 Bedford Cambridge rail corridors may go via Sandy or Hitchin

The study shows that the corridors connecting Bedford and Cambridge via Sandy or Hitchin offer the best value for money at this stage of development. Network Rail will evaluate these corridors further in order to identify a single preferred corridor and then consider routes within that corridor.

This follows earlier work by the East West Rail Consortium that showed that improved rail services in the Eastern region could deliver significant economic benefits, sufficient to justify further investment.

The aim is to identify a preferred route and develop the study for the Central Section for consideration for inclusion in the Initial Industry Plan (due for publication in Sept 2016) as a choice for investment in the rail industry’s future control periods. 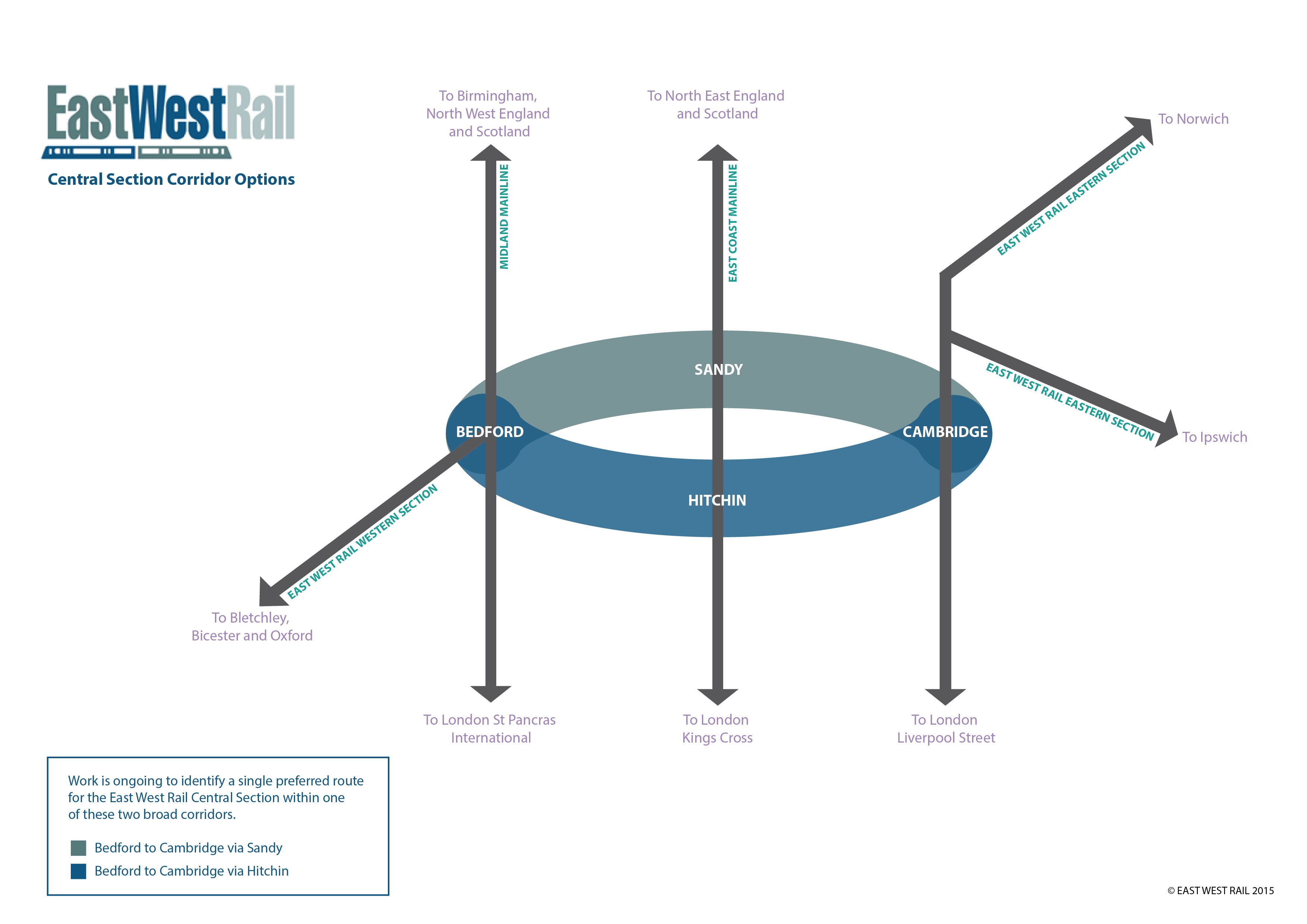 The study included initial appraisal of seven corridors, all of which offer different levels of benefit. Differences in capital and operating costs, however, have a significant impact on the value for money that each corridor offers, when taking into consideration the impact of longer journey times on rolling stock leasing, fuel, track access charges and train crew requirements.

Further investigations into feasibility from a railway civil engineering perspective will be carried out once a single preferred corridor has been identified. 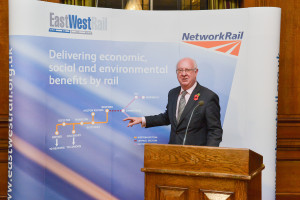 “In order to secure investment for the Central Section, we need a robust business case that is aligned to local and regional growth plans as well as the strategic rail network. This important work is providing valuable evidence that will support our long-held ambition to reinstate east west train services that will benefit individuals, communities and businesses all the way from East Anglia through Cambridgeshire, Bedfordshire, Hertfordshire, Buckinghamshire, Oxfordshire and beyond.”

This article by Steve Broadbent was published in RAIL magazine issue 779 (July 22 to August 4 2015) and is reproduced here with kind permission of the copyright holder.
East West Rail Central Section moves towards route options (opens pdf in new window)

The East West Rail Consortium commissioned a study by Atkins which was published in August 2014. The findings showed that improved rail services would unlock significant economic benefits.

The corridor and route selection process is explained here.

Seven possible geographic corridors have been evaluated in detail to establish which offer the best value for money, as follows:

Corridors currently being evaluated further are:

Analysis indicates that all of these corridors offer different levels of benefit, and costs. Further work on all other corridors will be paused at this stage but may be revisited.