You are here: Home » News » Chairman ‘delighted’ after meeting with Secretary of State 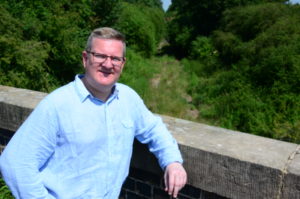 Mark Shaw, chairman of the Consortium’s Joint Delivery Board for the Western Section of East West Rail, met with Secretary of State for Transport, Chris Grayling, in London on July 17.

Mark said: “We discussed how important East West Rail is in terms of unlocking the region’s economic potential and supporting significant housing growth. It was a very constructive meeting – I was delighted the Secretary of State once again confirmed the Government’s commitment to delivering East West Rail.”

Mark added that he is encouraging as many people as possible to take part in the consultation currently being held by Network Rail on the Western Section Phase Two, between Bicester and Bedford and Princes Risborough and Milton Keynes.