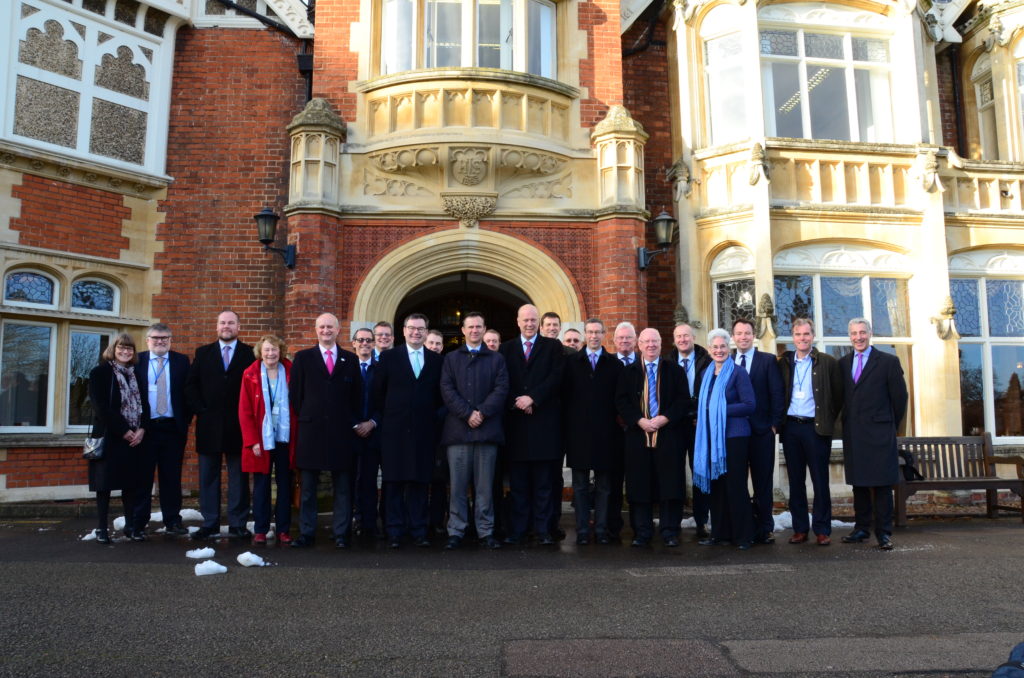 Members of the Consortium outside Bletchley Park with the Secretary of State alongside representatives from the Department for Transport, East West Railway Company and the East West Rail Alliance

The Transport Secretary launched the new company which will oversee the restoration of the link between the two academic powerhouses nearly 50 years to the day since the closure of the old Varsity Line at the historic Second World War site of Bletchley Park.

The Transport Secretary also visited nearby Bletchley Station and Bletchley Viaduct, which are being re-opened as part of the new route. Bletchley Park, so vital in the UK’s Second World War effort, was a key stop on the old Varsity Line and is at the heart of the East West Rail line as it sits halfway between Oxford and Cambridge.

Transport Secretary Chris Grayling said: “We are making the biggest investment in the railways since Victorian Times to meet the growing demand for rail travel, while also boosting business and increasing productivity.

“East West Rail is the perfect example of how we can revitalise the railways, grow the network and unlock jobs and housing growth. And Bletchley Park – the home of World War II codebreakers – is the perfect location to mark the historic occasion because the line will be key to the development of this corridor as a world-class centre for innovation, technology and high-skilled jobs.”

East West Rail will be one of the country’s most strategically important rail projects, with its direct link through the corridor dubbed the UK’s own ‘Silicon Valley’ when it is completed in the mid-2020s.

The new line will also create a direct link between East Anglia and central and southern England, delivering benefits for passengers and businesses regional and nationally by unlocking additional housing and economic growth.

He is also meeting with Cyril Bleasdale the owner of Rail News who worked on the original Varsity Line construction in the 1960s and helped to build the Bletchley Viaduct.

Mr Bleasdale said:  “I remember when we had our own little ceremony where I dug the first spade for it in 1962, so I’m delighted that the viaduct could be part of this historic line from east to west.”

Rob Brighouse, interim chair of the Company, said:  “This railway has huge potential to spread prosperity all the way along the line, making life better for those who live and work here.

“That’s why it’s so important to deliver it quickly and cost effectively; and that’s what the East West Railway Company has been set up to do. We are working very closely with local representatives, to make sure we build a railway that works for the passengers and the communities it will serve.”

Councillor Ian Bates, on behalf of the East West Rail Consortium, said:  “We welcome the formal launch of the East West Railway Company and its real emphasis on accelerating delivery of the Oxford to Cambridge link in support of economic growth. The Consortium has played a pivotal role getting us to this point, and we have pledged to continue working in partnership to ensure there are trains on tracks at the earliest opportunity.”

When the line opens, it will have interchange stations with four main railway lines radiating out of London, but it will run under or over each, minimising any risk of delay. The aim is to build a route that allows future upgrades to be incorporated with as little disruption as possible.

(This press release was issued by the Department for Transport) 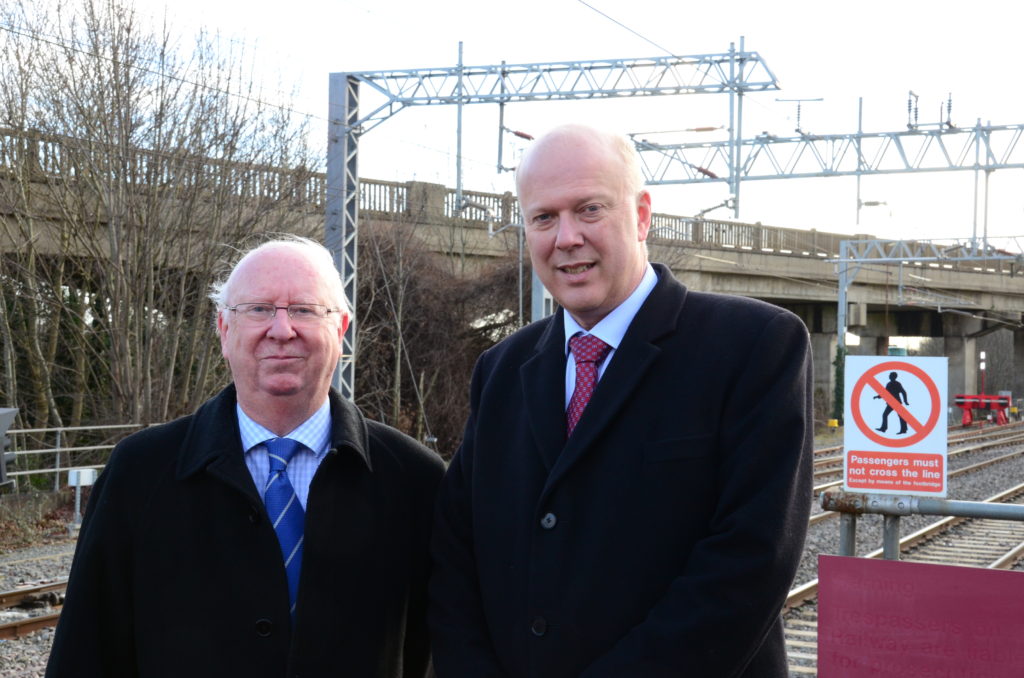